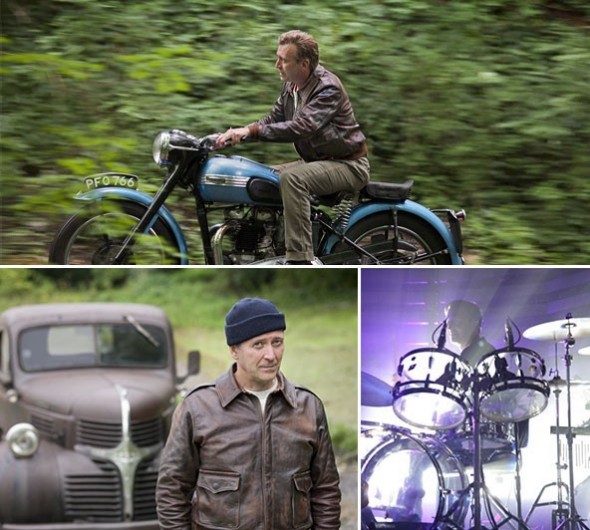 Damon is a good friend of ours and is a massive vintage bike fan as well as a Massive Attack drummer.

He’s been playing drums since about 6 years old and got his first job drumming with Echo & the Bunnymen from 1989-93. He was with Spiritualized from 1995-1999, and then went on to make lots of albums with artists such as Goldfrapp, Nigel Kennedy, Alison Moyet, Baxter Dury, Elizabeth Fraser, the Flies, Way out West & of course Massive Attack with whom he recorded the albums, 100th window, Danny the Dog, and Heliogland.

He wears an Eastman ‘Escape A-2’, and he loves this Triumph Thunderbird.