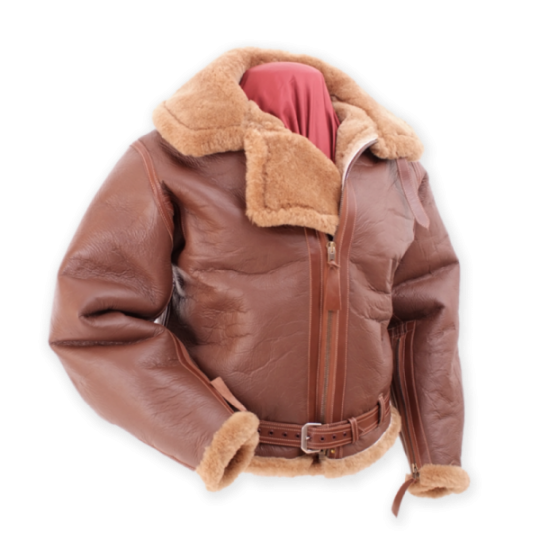 The pre and early war jackets (such as the model advertised here) were manufactured with undivided one-piece body and sleeve panels. This produced an amazing looking jacket, but proved to consume an extravagant amount of material.

With the coming of war and the demand for greater quantities of jackets a more efficient use of the material was devised. The full piece panels were divided and subdivided into small pieces, resulting in a design made up of more seams.

In the Summer of 1940 the most famous air battle of the war took place over Southern England and the channel - The Battle of Britain. Although only just around the corner, the multi-panel jackets had not yet come into being, so the full-panel garments were all that were being worn during this time and hence are often referred to as the Battle of Britain pattern Irvin.

Our reproduction replicates the early model RAF jacket meticulously. Made from premium grade sheepskin, which is now hand dyed and finished in our highly acclaimed broken grain finish.

Using traditional treatment methods we have recreated an authentic, rugged, broken-grain appearance and handle that is so typical of the original RAF jackets.

It is of course finished out with every other authentic detail that is necessary to make this garment 100% authentic.