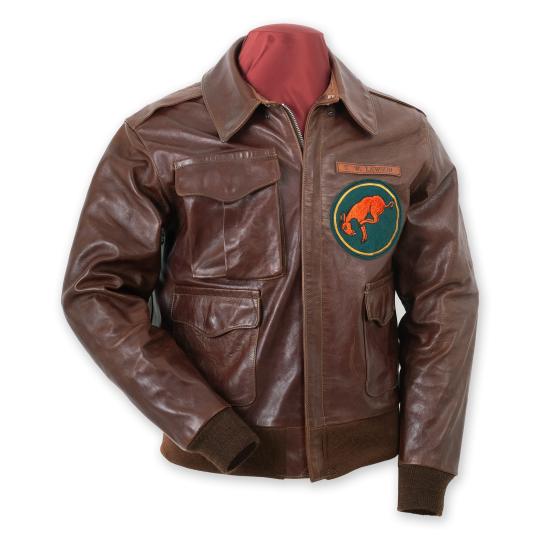 Of all the numerous stories of heroic acts and missions that came out of WWII, there is one that is so outstanding it is literally legendary. That is the daring bombing raid on Tokyo in the early part of of the war, commonly referred to as ‘The Doolittle Raid’.

Of all the numerous stories of heroic acts and missions that came out of WWII, there is one that is so outstanding it is literally legendary. That is the daring bombing raid on Tokyo in the early part of the war, commonly referred to as ‘The Doolittle Raid’.

80 airmen, 16 B-25 Mitchell bombers, 1 aircraft carrier and wagon load of guts, was the recipe for the mission.

After the devastating attack by the Japanese on Pearl Harbour on the 7th December 1941, the US was left reeling by the shock and awe of the event.  The Japanese mainland was frustratingly thousands of miles away - too far to be able strike back in retaliation effectively, and much of the Pacific fleet was now unserviceable and/or at the bottom of Pearl Harbour. What to do.

America knew it had to gear up for war, but this would take many months, and it was desperate for some payback. The answer came from one of its most daring airmen of that time - Lt. Colonel James ‘Jimmy’ Doolittle.

A very experienced pilot, and a great leader, Doolittle was a flight instructor in the First World War and had gone on to be a Barn Stormer in the 1920s.  Recalled to active duty in WWII Doolittle was a man with true grit and fearless to the core, which for his bravery and tenacity in this raid earned him The Medal of Honour.

Doolittle devised an incredible plan that would enable the US to strike the Japanese mainland within just a few months by flying 16 B-25 Mitchell Bombers of the deck of an aircraft carrier.

Whilst not a huge force - which obviously would not be able to cause an immense amount of damage - it would nevertheless be a strike at the very heart of the nation - Tokyo - an act which was unthinkable by Japan, as it gloated from it’s so far unvanquished conquering successes throughout the Pacific region. It was a mission that called for the bravest of the brave as it was so dangerous - nothing like it had ever been attempted before.

The plan was put together a group of volunteer airmen and train them to take off in their B-25 bombers from the deck of the USS Hornet. The carrier would then sail stealthily, remaining undetected in order to get close enough to the Japanese mainland to bring it within range of the bombers, and bomb Tokyo. The raiders would then fly on to allied China, where they could land and the crews could make their way back to the US.

It was an audacious and extremely dangerous plan, but one that was approved by Roosevelt as he considered it to be a potentially effective morale booster for the country at the same time letting Japan know they meant business.

Among the 80 volunteers that would make up the 16 crews for the mission was a pilot - Ted, William Lawson. A 1st Lieutenant, and assigned to the 95th Bomb Squadron at the time, Lawson volunteered for the mission and was to be the pilot of Crew No 7.

Lawson was accepted for the mission by Doolittle due to his experience in flying B-25s and his aircraft was nicknamed ‘The Ruptured Duck’. According to Lawson this name evolved from a minor training accident where the aircraft tail scraped the ground on take-off. Soon after Lawson found someone had written "ruptured duck" in chalk on the fuselage. Inspired, he had B-25 gunner Cpl. Rodger Lovelace paint Donald Duck with crutches and pilot's headphones on the side of the plane.

After launching the mission 170 miles further out than planned (having been spotted by a Japanese fishing boat) they reached the target and delivered their surprise blow, much to consternation and disbelief of the Japanese. However, having taken off much further out than planned, many of the bombers didn’t have enough fuel to get them to their intended recovery airfields in China. Lawson and his crew crashed their plane off the coast of the small island of Nantien on a beach during a storm. Lawson and his co-pilot were both thrown through the windscreen of the B-25, with Lawson suffering a compound fracture of the left leg, a lacerated left bicep, and severe facial injuries in the process.
All five crew members survived the crash; however all but flight engineer/gunner David J. Thatcher received serious injuries. After he was transported by friendly Chinese throughout several provinces in China to evade Japanese troops searching for his crew, Lawson's infected leg was amputated by the mission's flight surgeon. The nose art of the crashed bomber, "The Ruptured Duck", was later salvaged by the Japanese and put on display in Tokyo.
In January 1943, Lawson and newspaper columnist Bob Considine decided to write a book about the mission, entitled Thirty Seconds Over Tokyo., which was later made into the famous movie of the same name starring Spencer Tracey as Doolittle and Van Johnson as Lawson.

In the one picture of Lawson standing with his crew on the deck of the Hornet just prior to mission - all wearing their A-2 flight jackets - one can see that he had had his jacket modified with the addition of an extra (bellowed) pocket sewn to the upper right chest. The A-2 is quite modest on pocket space, so it is understandable why he would have had this done. On the left chest can be seen his 95th Bomb Squadron patch, along with his leather name tag above. We have managed to identify the jacket he is wearing as most likely being a Rough Wear Clothng Co produced garments and of contract number 23380.

As part of the Elite Unit range we are delighted to offer this accurate recreation of Lawson’s jacket with all the unique details of his original. The Rough Wear Contract 23380 jacket is made from a superb veg-tanned Horsehide with the all the grain character and feel of an original.

Wear this one with pride, and as a homage to this great man and great unit - The Doolittle Raiders -  themost daring and audacious mission of WWII.