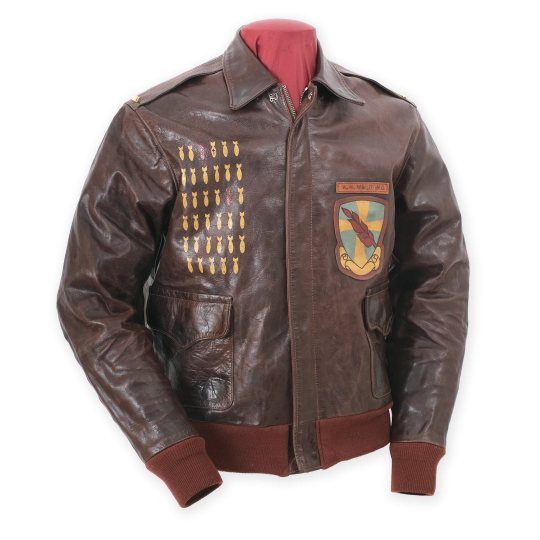 The 95th Bombardment Group was part of the 13th Combat Wing (which included the famous ‘Bloody 100th’) and was made up of four squadrons: 334th, 335th, 336th and 412th. It was the only Eight Air Force Group to be awarded three Distinguished Unit Citations.

The 95th Bombardment Group was part of the 13th Combat Wing (which included the famous ‘Bloody 100th’) and was made up of four squadrons: 334th, 335th, 336th and 412th. It was the only Eight Air Force Group to be awarded three Distinguished Unit Citations.

It was originally thought that each USAAF Bomb Group should be assigned three squadrons, which would have had consecutive numbers, but it was later decided that four squadrons were needed to make the groups effective. That is why World War Two bomb groups have a fourth non-consecutive numbered squadron. The 334th, 335th and 336th and Bombardment Squadrons (Heavy) were constituted on January 28th 1942 while the 412th Bombardment Squadron (Heavy) was originally constituted as the 22nd Reconnaissance Squadron (Heavy) on January 28th 1942 and then redesignated the 412th on April 22th 1942.

Flying B-17s out of RAF Horham, the 95th racked up one the most impressive combat records in the 8th Air Force:

The Group received it’s first unit citation during an attack on an aircraft factory at Regensberg Germany on 17 August 1943 when it maintained its defensive formation despite severe attacks by enemy interceptor aircraft. On 10 October, during an attack on marshalling yards at Münster Germany, the squadron was subjected to concentrated fighter attacks on the approach to the target and intense flack over the objective. Despite these obstacles, the group's bombs were clustered close to the target - an action for which it was awarded a second DUC.

From 20 to 25 February 1944 the group participated in the ‘Big Week’ offensive against the German aircraft manufacturing industry, and a few days later, on the 4th March, the Group attacked Berlin. Despite adverse weather conditions (that led other units to either abandon the operation or attack secondary targets), the 95th pressed on through snowstorms and heavy cloud cover. The unit struck its target while under blistering attacks from enemy fighters, for which It received its third DUC. This mission was the first time any unit from the 8th Air Force had bombed Berlin.

The subject jacket here, is one worn by 2nd Lt. Navigator William H. Walding. Flying with the Hamilton crew, he completed 35 missions between 1st September 1944 - 17th February 1945. Walding had each one of these missions represented on his jacket by painting bombs to the right breast. Two of them are painted in red, which signifies ‘shuttle missions’. Shuttle missions were those that were flown so deep into Germany that the aircraft could not carry enough fuel to reach the target and return. Arrangements were made with their Russian allies to be able to bomb the target and then fly onto Russia, land, refuel and fly back.

Walding went on to participate in the both the Korean and Vietnam wars, making rank of Lt Colonel on the way. He passed away in 1973.

Our recreation of his jacket is made upon the original maker J.A. Dubow Manufacturing Co. contract 1755. Utilising our latest Vintage WarHorse® hide, every detail has been meticulously followed, rendering a truly stunning piece of this time honoured unit. The hand painted artwork captures the correct colours and vintage appearance of the original, and the grain and texture of the horsehide is just like the wartime original. The garment is finished off with an original new-old-stock M-43 Talon zip which is the exact correct model for this contract.